Philadelphia is home to some amazing sushi. While the last decade has brought plenty of new, upscale, modern sushi restaurants, there are also smaller places you might miss if you don’t know about them. The best sushi in Philly is all across the city, from South Philly to Center City to Fishtown. Find the best sushi place in Philadelphia from our list of the top 11 open today! 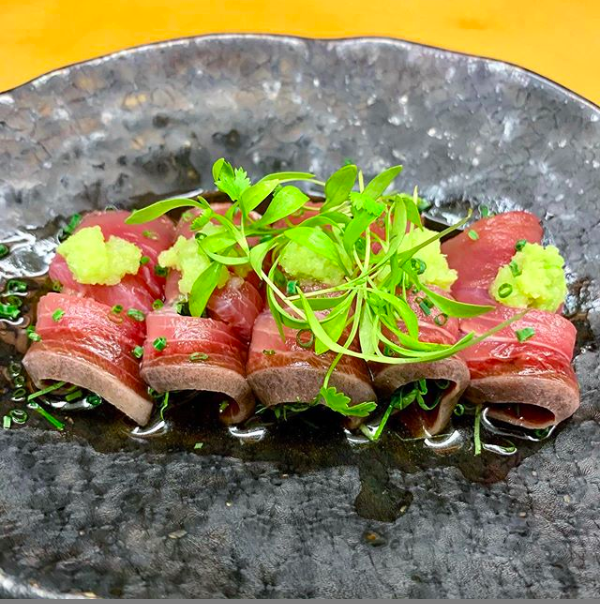 While there’s no sign, you’ll know you’ve found Royal Sushi and Izakaya when you see the red lantern and the blue door. Chef Jesse Ito runs a 10-person omakase in the back, while the front of the restaurant serves a la carte Japanese cuisine including sushi and much more. Most of the fish at Royal Sushi and Izakaya is imported from Japan, meticulously prepared to perfection. The omakase menu comes with 18 pieces of the chef’s choice for $130 a person, which is steep but worthwhile. 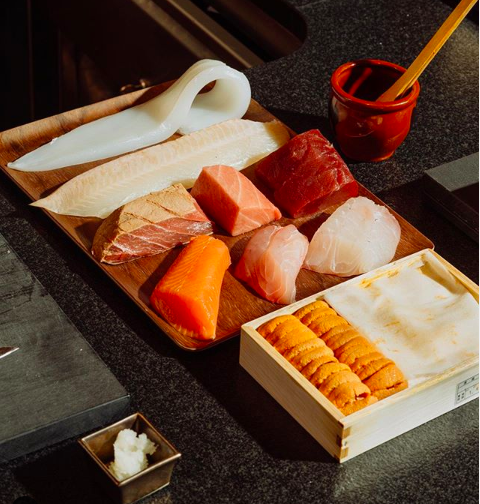 Hiroki is one of the most exciting dining experiences in the city right now and perfect for sushi lovers. This Fishtown sushi joint is omakase only, and offers unique sushi options. It is overseen by executive chef Hiroki Fujiyama, and it’s all about tradition and technique. The omakase comes with 20 pieces for $135 per person, and it is seasonally changed and inspired by his hometown cuisine in Kyoto, Japan. Beverages are also pre-fixed for $60, and match the food. 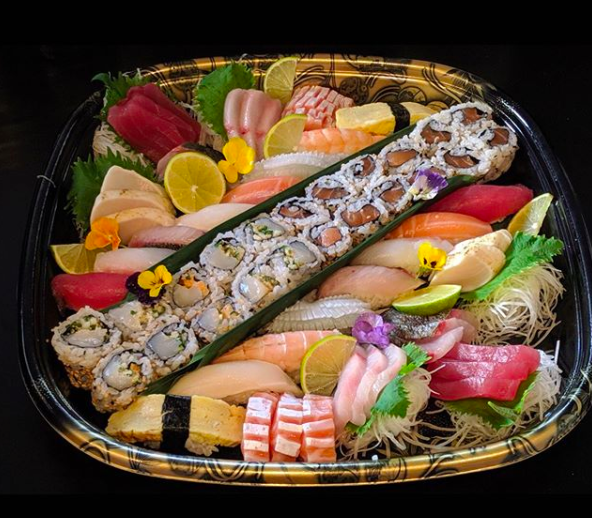 Kinme serves up sushi and other Japanese cuisine in style. This restaurant has a sleek design and presentation, and the food is delicious too of course. They feature creative custom rolls with musical inspired names, like Fiddler, Mamma Mia, or the Kinky Boots which comes with eel, avocado, and fresh pineapple topped with tuna ball and roasted bell pepper salsa. Kinme is BYOB and has plenty of great food to offer. 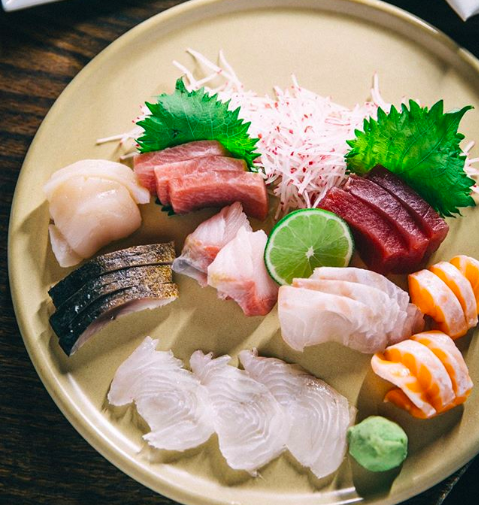 Double Knot is famous for its downstairs sushi restaurant. While the upstairs of this two-story restaurant serves coffee and cocktails, the basement serves Japanese cuisine and some of Philadelphia’s best sushi. Aside from sushi and sashimi there are plenty of Asian inspired small plates available. Their sushi is unique in presentation, straying from tradition.

Morimoto was an exciting new addition to Philadelphia’s sushi scene a few years ago, but they continue to serve excellent sushi. They serve some of the freshest fish in the city, and offer a $125 omakase menu as well as other chef’s combination menus in smaller quantities. All sushi and sashimi is available a la carte as well, and they also provide hot entrees and desserts for a full meal experience. 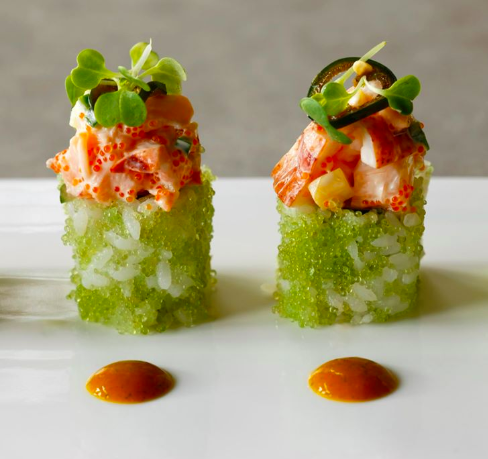 Zama is known for upscale, modern sushi. They serve traditional rolls as well as innovative ones, like the cheesesteak-inspired maki. Run by chef Hiroyuki “Zama” Tanaka, Zama has a comprehensive menu of Japanese cuisine as well as super-fresh sushi and sashimi and unique dishes. They also offer a wide variety of sake and the chef’s own Drunken Zama sake. 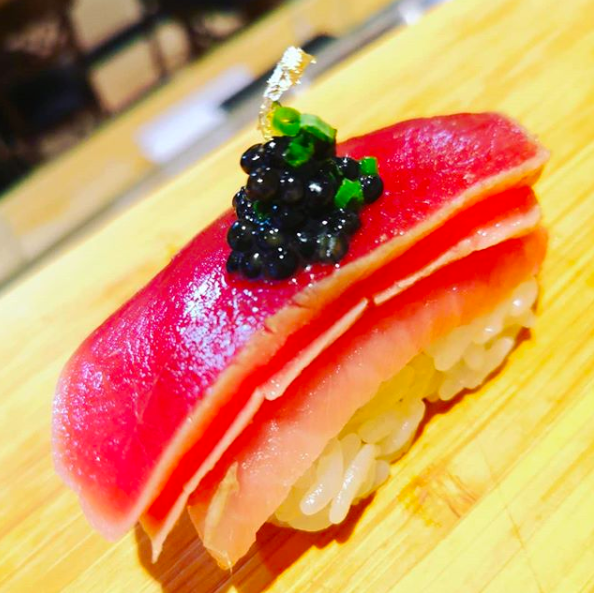 Sakana offers some of the best affordable omakase in Philadelphia. They won Best of Philly in 2019, and for good reason. Their omakase can be enjoyed at $62 per person for 12 pieces of chef’s choice sushi and sashimi, or you can go all out and spend $108 per person for a huge, 90 minute omakase of 21 courses. Either way, the fish is fresh and delicious, and you’ll get a great omakase experience for less than most of the other top sushi restaurants in Philadelphia. 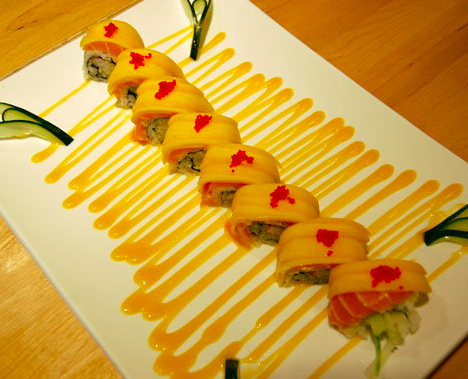 It’s hard to get a seat at Vic Sushi Bar – in part due to the size, but also because it’s so popular. This BYOB sushi joint has a huge menu in a small space with only a counter and a few seats, so takeout may be a better option. Vic Sushi Bar is pretty inexpensive for its quality, with a three roll special for under $12. There’s lots to choose from here for sushi lovers who can’t break the bank over their next meal. 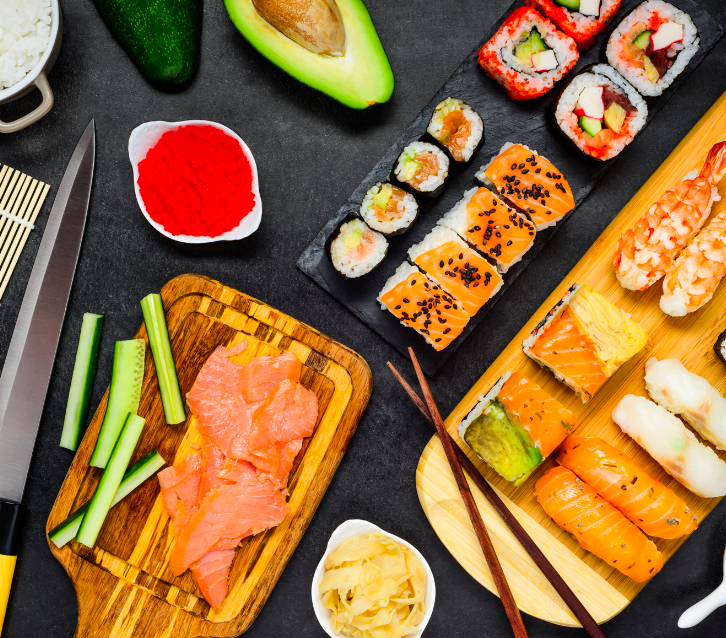 Aki Nom Nom is probably the best all-you-can-eat sushi in Philadelphia. There are plenty of choices, so you can enjoy multiple plates with your favorite sushi, sashimi, nigiri, and more. Aki Nom Nom also serves ramen, also some of the best in the city. All-you-can-eat sushi and sashimi are only $28.95 per person, which is a deal you just can’t beat. 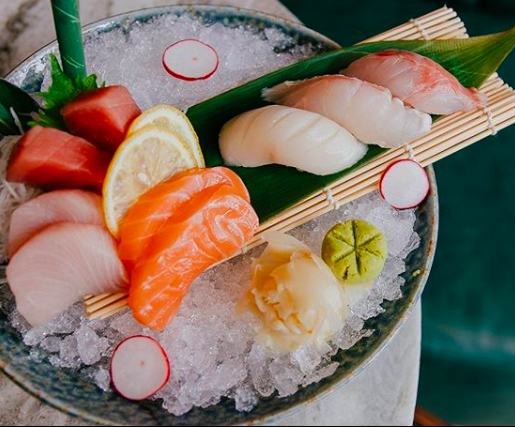 Tuna Bar comes from Chef Kenneth Sze, and features sushi and a raw bar, plus an omakase option. The sushi and sashimi at Tuna Bar is always fresh and high quality, and they have lots of other delicious menu items as well, from gyoza to entree dishes and more. Tuna Bar features some of Chef Sze’s family recipes, and they even offer sushi making classes for customers to learn on their own once a month. 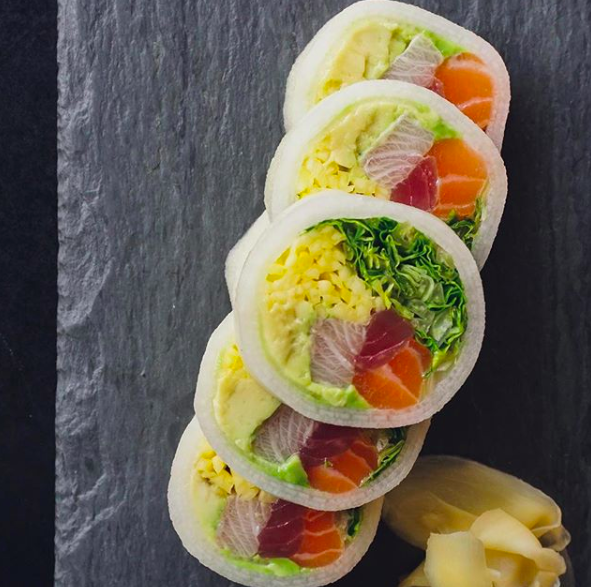 Umai Umai is a sleek sushi restaurant with lots of character. The food is presented beautifully and the sushi is fantastic by all accounts. They cover all the classic sushi rolls before venturing into the zanier rolls, of which they are many. The sushi at Umai Umai often has other cultural influences, creating a fun dining experience, but the classic rolls are done in the traditional style. Whether you choose a strange specialty roll or a classic, you won’t be disappointed.

Find some of the other best food in Philly, like Philly’s best bottomless brunch spots or the best pizza in Philadelphia!

The post Best Sushi in Philadelphia in 2020 appeared first on Restaurant Clicks.